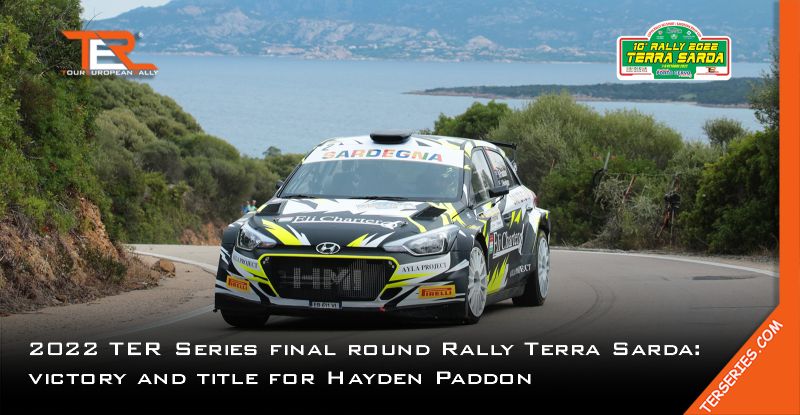 Ballinari and Somaschini complete the podium in the stunning Porto Cervo marina.

TER Ambassador Hayden Paddon with Jared Hudson on a Hyundai i20 R5, scored a hat trick of victories to secure second season title: the Kiwi dominated Rally Terra Sarda on the challenging tarmac Special Stages of Gallura and Costa Smeralda before celebrating in the Porto Cervo podium. His young codriver took second win in as many events to secure maiden TER Codriver Trophy.

The Volkswagen Polo of 2-Time Swiss Champion Ivan Ballinari and Elena Giovenale took silver both in the event and in the Standings after a season long battle. Third place in Sardinia went to Rachele Somaschini. Codriven by local Fabio Salis on a Citroen C3 R5, the 2-time Italian Ladies Champion bagged the TER Ladies Trophy as well as her first podium in the Series.