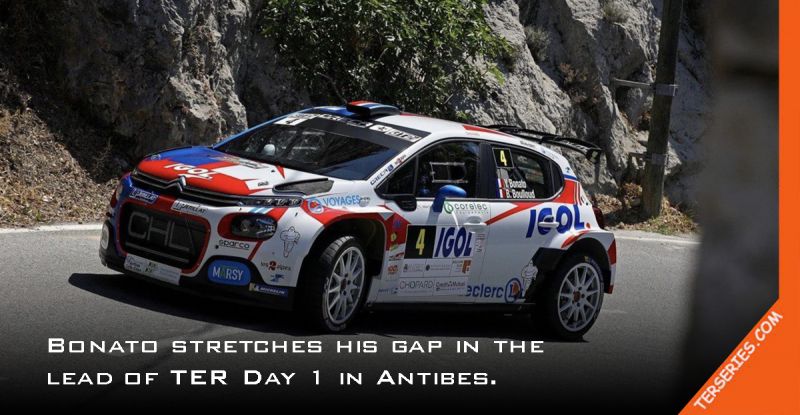 Bonato stretches his gap in the lead of TER Day 1 in Antibes.

Nicolas Ciamin and Yannick Roche took a cautious approach aiming for precious points in their quest for a national title, the season’s goal for the Hyundai i20 Rally 2 crew. The fastest time on the Antibes city superspecial, which ended the day, allowed them to cut their gap from the leaders to 29.9 seconds after seven stages,

Hugo Margaillan and Laëtitia Marsault are third with their Citroën C3. The pair set second fastest time on stage 6, ending the opening day less than one minute from the top.

Steve Fernandes and Christophe Leroy are just outside the podium. The 2019 TER Champions’ Škoda Fabia were followed closely by 2017 series runner-up Bernd Casier, codriven by Pieter Vincke on a Ford Fiesta Rally 2, before the Belgian lost precious seconds due to a puncture on SS 4 and had to settle for fifth overnight.